“Without the incentive, we wouldn’t be there. With it, then it essentially becomes a conversation about geography and topography. And then the location competes and wins on the merits.”  ~ FX Chief John Landgraf

Jeff Hidek from the Star News  grabbed that quote from Landgraf during the TCAs.  Here’s is the complete article that Hunter Ingram put together from the event.  It includes many other quotes you will want to read.

Nick Goundry of The Location Guide writes, “Confirmation of the pilot shoot is clearly good news, but North Carolina’s filming incentive is still set to expire at the end of 2014. If it is not renewed soon, the state’s production industry runs the risk of losing a full season of How & Why to a competitor, should the show get a season order from the network.” READ ARTICLE FROM THE LOCATION GUIDE NOW! 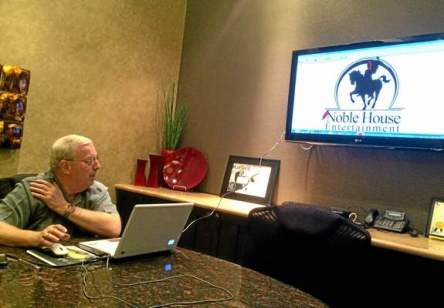 Every investment is risky,” said Donald Driftmeier. “Each one of our films is a separate business. Not only do you have a theatrical release, but the film can end up on an airline, and it goes on DVD. It’s about mitigating the risk for investors. We find a location like North Carolina that fits and works and is going to be ok for us and still make a profit.”

Now his investor for his latest film, Becker’s Farm. that is in the final phase of pre-production wants not only this movie, but three more as well.  That would be 4 productions that North Carolina can take in from one company.

Remember Thursday’s blog?   Are you listening Richard Lindenmuth?  Did you read this legislators?