Memory Lane Comics and Front Street Brewery are teaming up with two amazing men to put the “Fun” in Fundraiser Saturday the 15th!

At 1:00pm, Jake’s Memory Lane Comics (5214 Market St. 105, Wilmington) will be hosting a signing during their grand opening with non other than Phil Jimenez and Scott Lope!

Phil is best known for his work as an artist and writer for my hero, DC’s Wonder Woman! (2000-2003) His work spans throughout other titles and characters such as Infinite Crisis, The Invisibles, New X-Men and Astonishing X-Men and of course Savage Wolverine.

Scott is an animal advocate who was voted 2009’s Animal Planet Hero of the Year and the star of Discovery Channel’s Wild Animal Repo. He has dedicated his life to animals great and small.

100% of the proceeds from the sale of Savage Wolverine #12 & #13, written by Lope, will go to the incredible non-profit organization, Animal Warriors. So, head on out to Memory Lane on Saturday afternoon, pick up some comics and help a great cause. 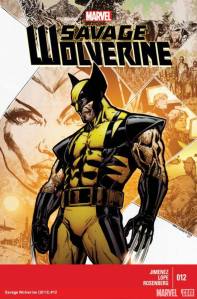 SATURDAY NIGHT: The fun won’t end there though! Later that evening, Front Street Brewery and Memory Lane Comics will be hosting a post-party in the “Rafter Room.” There will be a Q & A session with Phil and Scott as well as a few other surprises!!

Saving animals, reading comics and drinking local brews–How could anyone resist that? I know where I’ll be, but if you can’t make the signing and after party, please go to http://animalwarriors.org/ and find out how you can help too.