by Sheila Brothers and April Vickery

Happy Monday my loves!  Hope everyone had a great weekend, regardless of the surprisingly crappy weather we had on Sunday.  Yuck!

The bright and colorful and of course slimy Kids Choice Awards were held over the weekend, and we had a Wilmywood contender. Though the Stark man couldn’t beat a girl with a bow for Favorite Movie or funny man Adam Sandler for Favorite Movie Actor, our Iron Man, Robert Downey, Jr. did nab the win for Best Male Buttkicker.

RDJ wasn’t the only Wilmywood star to head to the KCAs.  RED ZONE star Stefanie Scott also made a stunning appearance. 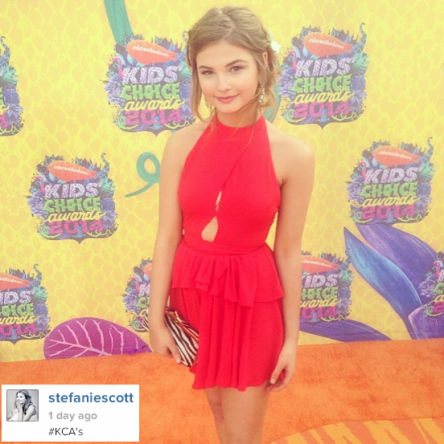 You can check out the complete list of winners NOW 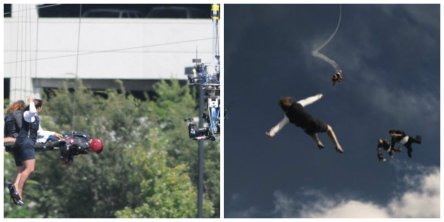 The KCA’s weren’t the only ones handing out awards. The LMGA Awards were held over the weekend as well.  Congratulations to Ilt Jones for winning the: Outstanding Achievement by a Location Professional – Feature Film for IRON MAN 3. IM3 had a more than a few shots done here in scenic Wilmywood, most memorably, the people of Wilmywood recall the stunt that required a crane and team of stunt professionals dangling out over the Cape Fear River to make the “escape from the airplane scene” happen.  Many of our local talent and beloved EUE/Screen Gems crew worked on this feature and have nothing but the best to say about all the creative crew involved.

The locations managers are also responsible for the everyday management of the locations and often work long hours. These folks are the heart and soul of all the “little things” that can really add up very easily to A LOT of things. Permits, legalities, working with transportation and local law enforcement. These guys do it all!

With all that being said, Sarah Jones was remembered during the ceremony.

Harry Bring took a moment before the awards were handed out to pay tribute to Sarah.   READ STORY NOW

For more information, check out the LMGA NOW

So what locations are being used today?  Looks like UNDER THE DOME will be on the side of Screen Gems today on One Tree Hill Way.  RED ZONE will be within the gates of the lot today!

Over the weekend we got the scoop that Josh Wiggins landed the lead role in MAX, the war dog movie which begins shooting in Charlotte in May.  Congrats! If you remember we chatted about this flick a couple of months back, the family adventure film is being directed by Boaz Yakin. READ STORY NOW

LOOKING FOR THOSE FILM=JOBS STICKERS? Sunrise Broadcasting has a few.  Feel free to stop by and grab you one while they last at 25 N. Kerr Ave. (near the intersection of Market and Kerr across from the new Walgreens). Offices are open from 8:30am-5:30pm M-F.  Please one sticker per person please.  They will run out fast!  Thanks!