THANK YOU!  Yesterday, you were amazing.  So, alright North Carolina, get those phones ringing again TODAY! Raleigh needs to hear from EVERYONE! It’s the final countdown! Be nice and polite but tell them to #SaveNCFilm and keep our film incentives!!!

Our beloved Tammy aka Melissa McCarthy made the cover of Rolling Stone. It’s the Summer Double issue which is on stands TODAY! Check her out flexing her muscles for a revealing story that “details her long rise to stardom and (sometimes unusual) acting techniques.” READ NOW.

This morning Writer/producer Aaron Baiers is teasing Sleepy Hollow fans on twitter, saying they are “already editing ep#203 – and shooting ep#204. Season 2 is off with a BANG!! 3 months to go…”

The 2014 DAYTIME EMMY® AWARDS will be presented this Sunday. Max Ehrich, who plays Hunter on this season of Under the Dome, is up for an award for “Outstanding Younger Actor” in a Drama Series for his work on The Young and the Restless. The 41st Annual Daytime Emmy® Awards will be available for viewing live at www.daytimeemmys.net beginning at 5:00pm on June 22.

Our Domies are heading to the soundstages today.

Our special agent actress Juliette Lewis turns 41 tomorrow, not looking a day older than 31. She will be returning to Wilmington in a couple of weeks as production for ABC’s Secrets & Lies begins in about four weeks.

It’s day 5 of 46 for The Longest Ride.  They will be downtown today on N 4th. Oona and Jack are back on set today.  Looks like they will also be shooting in Jacksonville as well as Hampstead in the coming days.  Awesome, I dig when they spread the film love across the counties.

STINKY FEET needs your sock photos! Stinky Feet is a short family film about a pair of socks and their owner Billy through the years. They want to make their main poster for Stinky Feet the Short, a mosaic from socks. So, grab your phone or camera and lean over and snap a shot and send it to stinkyfeettheshort@aol.com.  If you give them your  name with your sock submission, they will add it to their Sock Sender Thank You list in the notes section of their films Facebook page. 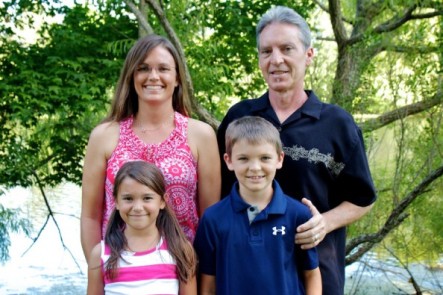 Eugene is a 53 year old kindhearted soul, a wonderful husband and father to two young children.  We wish for our children to have as much joy and normalcy as possible while we battle this horrible disease.  Medical bills, daily care and living expenses add to their emotional stress.   Please help support this film family so they can give Eugene the best care and time well spent.  Thank you for your kindness and generosity. DONATE NOW!

Laws Of Wrath, written by our Under the Dome director Eriq LaSalle is in stock at Barnes and Noble in Mayfaire. They received a few more SIGNED COPIES!  Get you one before they’re gone!

Get FREE SHIPPING TODAY in the Wilmywood Shop!! Use Voucher Code: T-DAY2014

LOOKING FOR THOSE FILM=JOBS STICKERS? Sunrise Broadcasting has a few.  Feel free to stop by and grab one while they last at 25 N. Kerr Ave. (near the intersection of Market and Kerr across from the new Walgreens).  Offices are open 8:30am-5:30pm M-F.
WE GOT MORE!