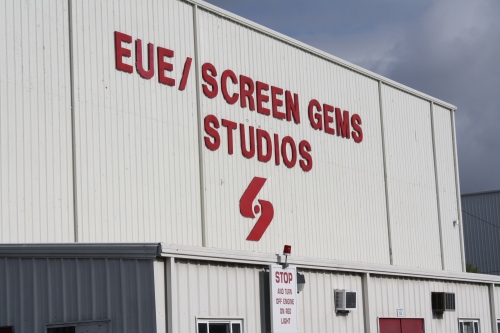 At stake: 4200 fulltime film jobs as film incentive negotiations wrap up with the short session of the legislature

Wilmington, NC (July 2, 2014) Last week, EUE/Screen Gems Studios Executive Vice-President Bill Vassar and COO Chris Cooney sent a letter inviting Gov. Pat McCrory to visit EUE/Screen Gems Studios. The request followed Wilmington Mayor Bill Saffo’s verbal invitation during a June 25 press conference at the North Carolina Legislative Building in Raleigh. On May 8, longtime Wilmington crew member Dale Williams sent a letter to the Governor asking for a meeting. It was covered by WWAY. A few months back, Vassar and Cooney asked for a meeting with the Governor to provide insight on the economic impact of the industry and to answer questions about the incentive.

All requests were denied.

“We are deeply disappointed that the Governor has not visited our studio and experienced the North Carolina film industry firsthand,” says Bill Vassar. “We want to work with him to find the compromises he called for in the interview today with WECT. Some of the suggestions he made would hurt the industry dramatically; others will help it grow. That’s why we want the face-to-face time with him.”

Vassar says there has been no abuse of the film incentive. Every show that has received incentive money has gotten that money lawfully. Vassar and other industry leaders agree that rules about what types of shows are eligible for an incentive should be tightened.

In addition, Vassar applauds the Governor’s suggestion about adding more marketing opportunities for North Carolina. For example, neighboring Georgia requires the Georgia peach logo to be included in the credits of all productions filmed in the state.

“When you start talking about incentive funding numbers and grants, you have to understand industry nuances and what your competitors are offering. New Mexico’s incentive is a 25 to 35 percent refundable tax credit. It’s NOT a grant,” Vassar explains. “We want to help the Governor understand what made us a Tier 1 film state—one of the top destinations globally for film and television production. If we move away from that Tier 1 status, we will not have enough productions coming to the state to keep the 4200 full-time, tax-paying individuals working in the industry. The state must commit to the industry and maintain Tier 1 status, or the industry—and our three generations of trained crew—will be forced to relocate. “

The industry wants the Governor to see how hard-working people make a good living. Caterers, electricians, interior designers, thrift shop owners, seamstresses, technology and security professionals, drivers and more work in film production. The industry employs a broad range of skill sets. In addition, seasoned crew engineer stunts, design and build sets and light the productions. Hotels, restaurants, coffee shops and rental agencies serve the talent that comes in for a production. Casting agencies, florists, and art dealers are just a few of the small businesses that have launched in Wilmington to serve the industry.

“Every time a lawmaker visits our studio or a location set, they have an ‘aha’ moment and leave with a new understanding of the industry and the jobs it provides,” Vassar says.

Vassar is once again extending an invitation to the Governor to come to Wilmington, see the largest studio east of California and witness this industry at work. And he’s willing to meet with the Governor in Raleigh, as well.

In the last two years, the Wilmington, NC complex has hosted films such as “Iron Man 3” for Marvel and “The Conjuring” and “We’re the Millers” for New Line/Warner Bros. Recent television projects include “Under the Dome” for CBS, “Eastbound and Down” for HBO and “Sleepy Hollow” for Fox Television. The Wilmington EUE/Screen Gems complex has hosted more than 350 productions since it opened. For more information, visit www.euescreengemsstudios.com.