In an excellent article in the Star News, film supporters and industry leaders are firing back at the Governor’s claim of abuse of the film incentive and we have proof that his statements are completely false.

Pat McCrory said the state paid Comedy Central $400,000 when The Daily Show with Jon Stewart came in and covered the democratic convention. But after checking the audit records, the production company received $190,211 from the incentive not the 400k. They spent a total of $760,846 here in North Carolina.

Now, we all know the truth, however, the general public only hears so much. These are the kind of things that get people to believe all the false rumors and myths about our film industry. McCrory just spews out misinformation and goes about his business. I would like a retraction from him on his statement, and I think we should all call for it.  It is our industry that the governor is abusing, not the other way around.  READ ARTICLE NOW!

And if you would like to join me in asking our governor to retract his false statement, please do!

So where’s everyone at today? Under the Dome, is in Currie and Soundstages, The Longest Ride back at the Cameron Art Museum, and Sleepy Hollow had a long day and night.  They will resume shooting this afternoon.

Special thanks to The Today Show showing a Sunrise Shot from Wilmington , N.C. , with background music of John Legend singing,  “All Of Me “! 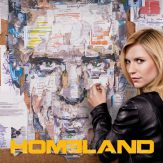 The Emmy Nominations are out and we congratulate our North Carolina Productions.   For Best Lead actress in drama series, it’s Claire Danes for her performance in Homeland which was shot in Charlotte and yes our own Sleepy Hollow got a nod too for Outstanding Original Music!

Catch up or refresh your memory at Fox.com you can watch full episodes of Sleepy Hollow . Right now they have episodes 9-13 up for your headless enjoyment. You can see the full season by going to Fox On Demand or just wait for the DVD release September 16th and binge, binge, binge!

LOOKING FOR THESE STICKERS? Sunrise Broadcasting has a few.  Feel free to stop by and grab one at 25 N. Kerr Ave. (near the intersection of Market and Kerr across from the new Walgreens).  Offices are open 8:30am-5:30pm M-F.