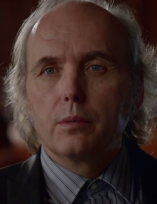 Holy Kudzu! Do you agree that last night’s episode of Under the Dome was the best one so far? Dwight Yoakam is so good at being bad.  #UnderTheDome ratings are on the rise to 1.9 up 2/10ths from last week’s 1.7 A18-49 rating.  This time we beat those Ninjas and in fact Dome is #1 for the night.

Our Domies are shooting at the Gypsum Plant today.

The Longest Ride is back on Orange St downtown.

Extras Casting Director, Ashli Bogart is gearing up for ABC’s Secrets & Lies which in turn is gearing up for production! She writes, “Just wanted to give everyone a heads up that Secrets and Lies will be starting back up the end of next week so we are going to start booking in over the next couple of days. Those of you who worked on the pilot as reporters, neighbors and police make sure you check your emails cause we are going to want you back. Don’t worry….we will also need folks who did not work on the pilot. Keep a look out on this FB page for casting calls for stand ins for the season as well. The email for background for the show will be secretsandliesextras@gmail.com.”

Yesterday, things got REALLY heated as Gov. Pat McCrory for the 2nd time stated false numbers and claiming The Daily Show had abused the system.  This time it was on Charlotte’s WFAE, an NPR station.  (HERE’S THE AUDIO: (Film Incentive Talk starts at 47:40)  Would anyone else like to join me by telling Pat McCrory to STOP spewing out false numbers? When calling, choose Option 3 to speak to a human being, NOT option 2, which is the opinion line!

ICYMI: We got ourselves another feature film, North Carolina!  This time, it’s all you Greensboro!  The Disappointments Room, a supernatural thriller in which a mother moves her family out to the country, but the poor mother’s sanity begins slipping as she learns about the house’s bloody past and is afflicted by visions of a dead girl. Taking the lead is the beautiful Kate Beckinsale.  READ MORE NOW