Happy Tuesday Loves!  Let’s kick things off with where the heck everyone is today! 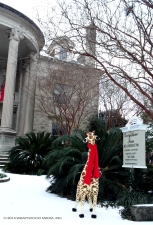 Nicholas Sparks’ The Longest Ride is currently in Jacksonville as they are shooting their bull riding scenes.  They will be there the remainder of the week, then they head to Winston-Salem.

Secrets & Lies shoots downtown this afternoon and into the evening at City Club as well as the Graystone Inn. (Bob’s been feeling left out lately, so here he is (above)at the Graystone from this past winter) 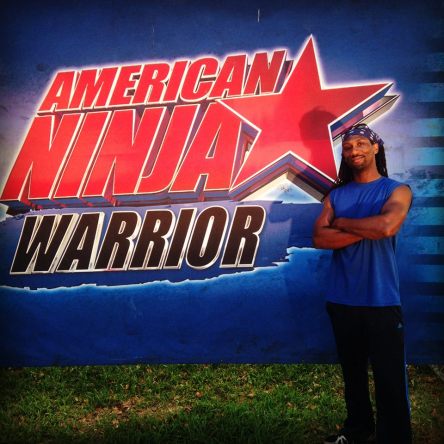 Last night it was Wilmywood against Wilmywood as American Ninja Warrior had Wilmington resident Solomon Harvey competing  and Wilmington shot Under the Dome episode 5 (Reconciliation) aired.  Tough decision on what to watch.  ANW has beat UTD twice in the ratings this season.  We will see later today who was the winner in the ratings battle. Solomon finished 4th and he’s headed to the finals in Las Vegas which will air August 11th on NBC.  Congrats Solomon!

FILM INCENTIVES:  Is no news good news?  Not much to report. They have two options right now.  The grant program or an extension of our current incentives.  I am still praying for that Hail Mary pass which will depend on which strategy they choose.  They are all thinking about the upcoming elections, so I am remaining positive that our film incentives will survive.  The NCGA will be discussing HB 1224 tomorrow (which includes the new incentives that they call the job catalyst fund).  Perhaps while no decision has been made we can remind folks about just how much money is being brought into the state via film this year: NC FILM – MID-YEAR ESTIMATES FOR 2014: $268 MILLION IN SPENDING, 19,000 JOB OPPORTUNITIES .

The feature film Yellow Footprints is plugging along.  They have officially open up offices yesterday and will be scouting locations this week. Writers are also heading into heading into town.  If you haven’t sent in your crew resumes yet, please do so at crew@snakebite.com.  The UPM has not been named yet, but will be announced within the next couple of weeks. Production begins in September.

ICYMI:  The supernatural thriller, The Disappointments Room, is now accepting crew resumes. Send your resumes to drprodoffice@gmail.com with your position in the subject line.  Production is slated to begin in late August, but could be pushed into September.  This project will shoot in Greensboro and the surrounding areas.  NC LOCAL HIRES ONLY!  Per the production company, they are looking for ALL crew.  They have also expressed an immediate need for P.A. resumes.