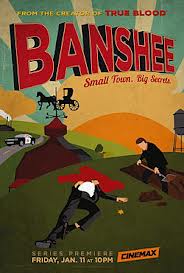 My sources are telling me that crew members were already told that Cinemax’s Banshee would not return to Charlotte, North Carolina for the next two seasons.  Now today, other sources have confirmed that and new information is coming our way, saying they will relocate to Louisiana for Season 4 & 5. I am hearing Baton Rouge. I was also told there was another show that they planned on shooting in between seasons and that will be moving to Louisiana as well.   These last two notes, however, have yet to be confirmed. I will keep you posted.

What? Did you think the folks from the film industry were exaggerating when they said productions would leave without the current incentives in place?