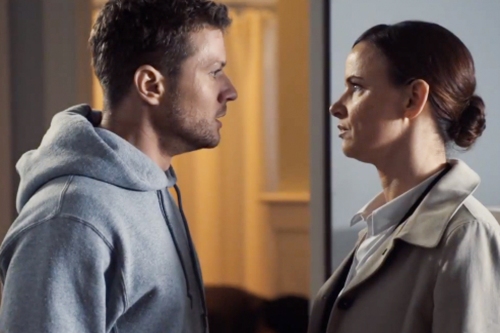 It’s a 2 hour premiere of the Wilmywood shot Secrets and Lies on ABC (WWAY). “The Trail; The Father” kick off with Ben out for his morning jog when he stumble upon the corpse of a young boy, Ton Murphy.  Ben’s life is turned upside down when he becomes a murder suspect.  However, Tom’s mother suspects her estranges husband might be the killer.

The lives of a young couple intertwine with an old man looking back on the relationship he had with a lost love.

Production begins on season 3 of Under the Dome next week.

An invisible and mysterious force field descends upon a small fictional town in the United States, trapping residents inside, cut off from the rest of civilization. The trapped townsfolk must discover the secrets and purpose of the “dome” and its origins, while coming to learn more than they ever knew about each other.

MASTERMINDS – in theaters August 14, 2015.
A night guard at an armored car company in the Southern U.S. organizes one of the biggest bank heists in American history.

THE DISAPPOINTMENTS ROOM – in theaters September 25, 2015
A mother and her young son release unimaginable horrors from the attic of their rural dream home.

THE CHOICE – February 5, 2016
Travis and Gabby first meet as neighbors in a small coastal town and wind up in a relationship that is tested by life’s most defining events.

STILL NO WORD ON MAX STEEL OR THE SIN SEER