ANOTHER new trailer for Paper Towns is out! Shot in the Charlotte area, the new sneak peek offers some more on the mystery surrounding the missing Margo. Paper Towns follows a high school boy (Nat Wolff) and his friends’ quest to find the missing girl next door. The flick premieres July 24th.

If you are an avid reader of this here blog you already knew this like forever ago, but is was just made official. Secrets and Lies is shooting season 2 in California.  In fact it was the California Film Commission who made the announcement.  ABC is moving the show there to take advantages of the uh ::::CLEARS THROAT:::: film credits.

So, while we are pulling our hair out, we are sitting and waiting for the Senate to decide our fate.  As it stands now, the House has the film grant with $40M each year for the next 2 fiscal years.  We should find out what cards the Senate will play later this month. 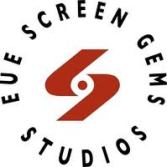