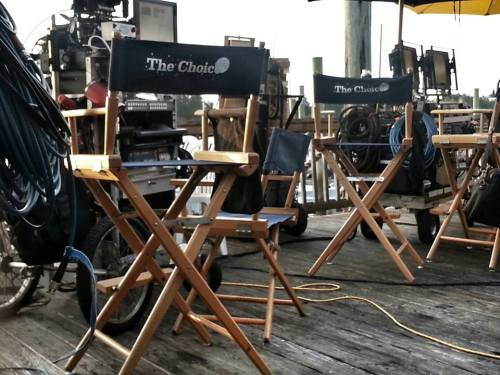 The NC shot Paper Towns took in $12.5M at the box office during its opening weekend.  It was released in 3,031 theaters nationwide.

The Choice is returning to Wilmington for some reshoots next week. They will be here for about 6 days. I believe it will be Benjamin Walker, Teresa Palmer and Maggie Grace coming into town. Sorry Tom Welling fans.

Catch Under the Dome‘s Eriq LaSalle on ABC’s The View tomorrow at 11am EST, where he’ll be chatting w/the ladies about acting, directing, and being an author.

Rachelle LeFevre took some time from Under the Dome to volunteer this weekend with Cape Fear Habitat for Humanity.  She was among 20 folks who worked in the Love Grove community Saturday as they build a new house.  READ STORY NOW.

Dean Norris is right behind her as he will also be taking some time to help to give back to Wilmywood this Thursday at the Cape Fear Literacy Council’s Literacy Luncheon.  Tickets are still available.  If you attend Dean will be hanging out afterwards for a meet-n-greet.