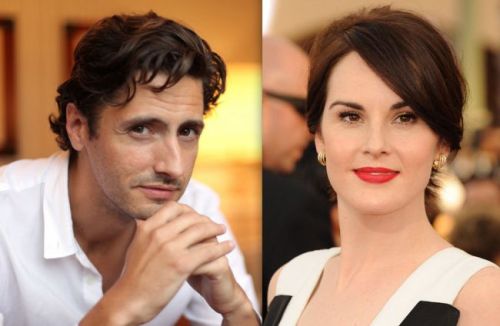 Happy Monday boys and girls!  Last week we had a double dose of great news when it came to jobs! To quickly recap,  we found out we have not one, but two shows opening offices here in Wilmywood next month.

First up, TNT’s Good Behavior. After shooting the pilot here in October, the producers and writers fell in love with Wilmington and our crew base.  And we were all like, “Well yeah! Of course they did!”

The crew has told me on multiple occasions how great the set was, how easy it was to work with producers/writers Chad Hodge and Blake Crouch, and they bragged about the excellent quality of the show. So of course it was fingers and toes crossed for all involved for a return to our fabulous Port City. They also hoped the pilot’s director Charlotte Sieling would return as well.

Last week, TNT made the announcement that Good Behavior got the green light and will shoot 9 more episodes.

The fabulous Dale Williams will be the UPM on this project. From what I hear they plan on opening offices at the end of January and will begin shooting in the first week of March. They will be shaping up the pilot, then they will shoot nine more episodes. That will bring our NC film crew employment until around the end of June. 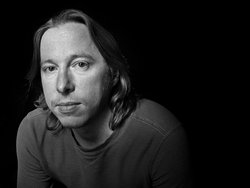 I caught up with our NC native, Blake Crouch, over the weekend and he had this to say:

We are absolutely thrilled and grateful for the chance to continue Good Behavior. We wouldn’t have gotten here without our tremendous Wilmington crew. We share this success with them. Can’t wait to return!

See that crew? It’s official, you are indeed that awesome!

Blake is from the Piedmont area and already has a television series on the air — the adaptation of his trilogy Wayward Pines (great read BTW). Now although Pines got a second season pickup from FOX, Chad Hodge won’t be returning to the FOX show. We get to keep him here in Wilmington.

Now as for the second series, Six coming from the History Channel, David Brightbill will be UPM on this one and he is “looking forward to working at home!” He is not alone. There will be quite a few folks returning home from working out of state due to the lack of productions. (Yeah, don’t even get me started about that). The latest is that Six will open offices the first week of January, get about 6 weeks of prep in and begin shooting around mid-February.

Quite a few of you have asked me about casting and crew calls. There is nothing yet. I got up with our Wilmington Film Commissioner Johnny Griffin to be sure and he said that things will probably be quiet until we get past the first of the year. Johnny is optimistic about the coming year. “2016 is looking good as we are starting off with a bang so early in the year,” he said. “The response from L.A. is a positive one from this point. ”

There is quite a bit of interest in Wilmington right now, so let’s hope we can keep the momentum going! 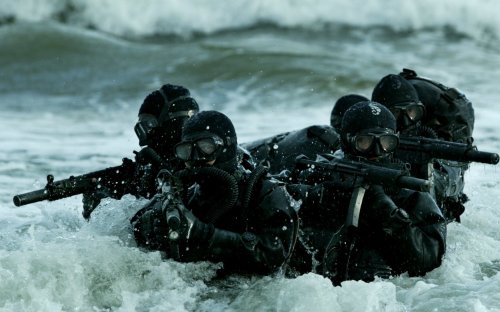 Boy, it’s a great day for more fabulous news for our local economy and our film crew! Ladies and Gents, please welcome The History Channel to Wilmywood! Looks like they will be setting up shop next month for the series, Six. They are slated to begin production in February.

This series is coming from the famous Weinsteins! Yep, Bob and Harvey! And from what I am hearing, the line producer George Perkins has quite the resume! William and David Broyles are the writer/ producers. I am hearing David Brightbill got the UPM position.

Here’s the deets on this series:

Members of the Navy’s most prestigious and lethal squadron know the dangers, responsibilities, and high risks involved with charging into battle. For John ‘Bear’ Graves,  Alex Caulder and Ricky ‘Buddha’ Ortiz, it’s a way of life. Being a member of SEAL team 6 means committing yourself to a life away from family, and the constant knowledge that you may never return home. For some it’s what they live for. For others who feel they put in their time, they might be afraid of not knowing what to do once they’re out.

That’s two crews deep for the 1st quarter of 2016! Can we go for three? I am hearing rumblings about a feature as well. As soon as I get more deets, I will share! 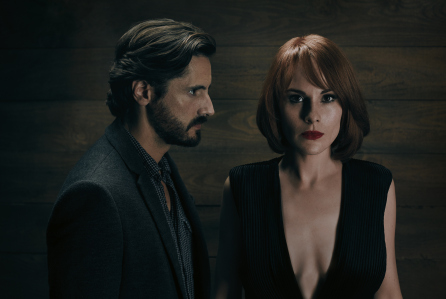 After posting yesterday’s news, I’ve had so many confirmations from so many folks, we’re gonna go ahead and call it! Plus, Production Weekly’s got Wilmywood as a location as well. Good Behavior is coming to Wilmington! We will see the TNT series open offices next month! Get ready to see those lighting and grip trucks lining the streets again the first week of March!! JOBS JOBS JOBS!

A huge thank you to TNT, our North Carolina writer Blake Crouch and to Chad Hodge for bringing the show here. We Wilmywood peeps appreciate your choice which benefits our local economy including our fabulous small businesses and the employment of our fabulously talented crew! Bless you!

To Michelle, Juan and the rest of the cast and producing team, we welcome you with open arms, big hugs and warm smiles. We hope you enjoy your stay!

What we’ve been waiting for — the green glow of bright Hollywood bulbs and the smell of a sweet season pick up! The series Good Behavior, which came here in October to shoot the pilot, got a 10 episode order from TNT. So that leaves nine more episodes to go.

Good Behavior is based on the Letty Dobesh books by our NC native author Blake Crouch. Chad Hodge is the EP/Showrunner. The duo teamed up for Crouch’s other book series adaptation Wayward Pines, however, as Pines heads for a 2nd season on FOX, the network will move forward sans Hodge.

Lusia Strus & Terry Kinney  will join Michelle Dockery and Juan Diego Botto to round up the cast list. And yeah check out the hot duo above, courtesy of Deadline/TNT.

Sarah Aubrey, EVP of original programming for TNT, told Deadline,  “We believe audiences will love watching Michelle Dockery trade in her manners for the life of a sexy, complex ex-con in Good Behavior.”

We agree and can’t wait til their return! Which begs to ask that exact question: “Will they return to Wilmington?” Since I last blogged about it two days ago, I’ve been digging so hard, I’ve got blisters to prove it! I’ve been speaking with a handful of folks, I am gonna go with 90% chance of “Yes indeed!” I’m waiting to hear back from a couple more people. If that is the case, you will see offices open in January at Screen Gems. That would be awesome for the crew who worked on the pilot, many of them unemployed until a show returns to Wilmywood. 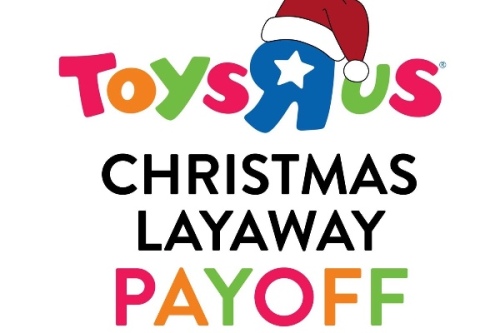 The North Carolina Film Industry might be bone dry at the moment, but that didn’t stop NC film crew members whether currently unemployed or working out-of-state from donating to their annual Great Holiday Layaway Payoff.  This wonderful campaign started three years ago when crew members would pass around the hat at EUE/Screen Gems Studios and collect some cash so they could be “Secret Santas” for a few families. This year however, it went from few to twenty-two!!! This is their biggest year yet. Because there were no production offices open to pass around the proverbial hat, crew members created a Go Fund Me, so the film family could donate no matter where they were. In 8 days, they raised $2, 240 and paid off 22 layaways for families in the Wilmington area.

The crew member who spearheads this campaign wishes to remain anonymous, but said these words:

The folks who helped me at Toys R Us said they haven’t been much into the Christmas spirit, but seeing what we have done has both touched them and helped them feel festive. They also want to spread the idea and help spark more good deeds this holiday season, which is all we can ask for. Their favorite part of all of this, they said, is calling the families to let them know they can come pick up their Christmas layaways.

Children do not need to know pain, suffering or struggle. By doing this, I’d like to think we have kept them still children and innocent for at least another holiday season.

UPDATE: One mom who had a Layaway at ToysRUs wanted me to express this to you NC Film Crew: “I don’t know if it was the film people or someone else but my layaway at ToysRUs was paid off today. I just want to be able to thank them from the bottom of my heart! Merry Christmas to all of you. I am shaking I am so grateful.” 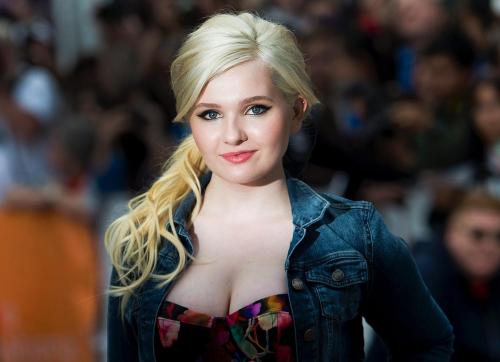 So, yesterday, I gave you a glimpse of what’s to possibly come to North Carolina. It sure has been slim pickings lately. Not even an hour after I posted the blog, the news came out who would indeed play ‘Baby.’ I can’t believe she’s old enough to play this part, but Abigail Breslin is officially attached. Man, they sure do grow up fast!

It looks like they will make it to the Asheville area after all. Third times a charm! This is going to be a 3-Episode television event and remake of the 1987 romance film and is looking for an April start date. Production Weekly has listed that the Director will be Wayne Blair. The telefilm was written by Jessica Sharzer. Line producer is Judy Cairo. We will see if things change. This is a Lionsgate/ABC collab with Allison Shearmur Productions. 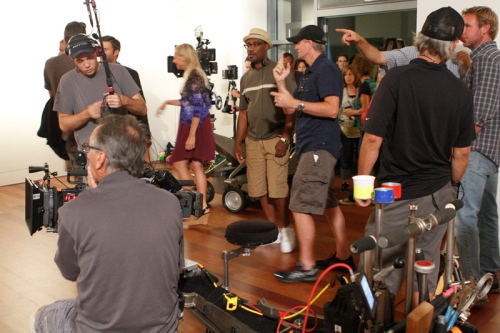 It sure has been a while since I last blogged. Hell, there’s not a damn thing happening at the moment, so maybe we should look into the approaching new year. Here’s what I’ve been hearing. A LOT of conflicting information. One day I hear a production is definitely coming, people got interviewed, then the next day, it’s all up in the air. So lemme just give you a glimpse of what MIGHT happen. It’s the best I can do!

None of these are set in stone at all. In fact, we might get one or two. That’s it. But I figured I would keep you in the loop. Now you know what I know thus far. I will keep you posted when I hear more.