#1 of course is Iron Man 3 – Ray says, “While Iron Man 3 was the top movie of the year at the domestic box office (over $409 million), the real upside was overseas, where its $806 million haul was more than double that of its predecessor. Worldwide, the movie’s $1.2 billion total ranks fifth all-time. ”

#6 We’re the Millers – Ray writes,  “Benefiting from good scheduling and a strong premise, road trip comedy. We’re the Millers got off to a solid start in early August. The movie then held well thanks to strong word-of-mouth, and ultimately became the highest-grossing movie of August 2013. To date, it has earned over $150 million at the domestic box office. ”

Coming in right behind one of the best comedies of the year is The Conjuring at #7.  This is definitely on the surprise list, surpassing all expectations.  “The Conjuring wrapped up its domestic run with $137.4 million, which made it the top supernatural horror movie in over a decade. ”

The Cape Fear CW, WWAY’s new sister station, is hosting an open casting call for America’s Next Top Model THIS SUNDAY beginning at 10 a.m. at the Indigo Silver Studio, located at 5552 Carolina Beach Road.  You must be between the ages of 18 and 27 at the time of application.

GO TO http://wwaytv3.wix.com/wilmington for more info and eligibility requirements and to download an application. 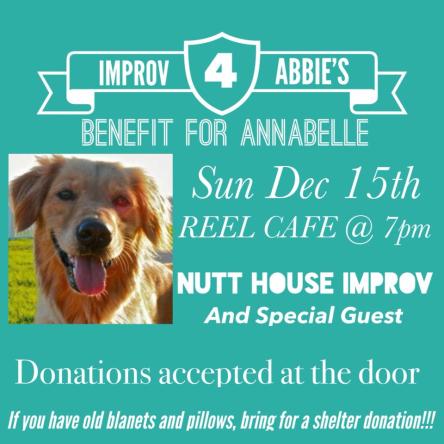 REMINDER: The Eclectic Etc. is having their Grand Opening/Holiday Party TOMORROW night from 6:00pm-9:00pm. There will be Live Jazz music as well as lite bites.  All ages welcome. The store is one of many vendors for the film industry. Filmmaker Erica Dunton will be in attendance as she has joined The Eclectic Etc. selling clothing and accessories that have been used in previous movies like The 27 Club,to.get.her and much more.  Come meet her and others within the Screen Gems family!!! (831 South Kerr Avenue. Call 910-395-9979 for details.)  CLICK HERE FOR THE FACEBOOK INVITE

REMINDER: Don’t be confused, yes there is a second petition for you to sign.  They decided we should have a petition that focused strictly on ending the sunset.  I agree, so yes you have one more petition to sign, but as you know it only takes 20 seconds or less to do so!  SIGN PETITION NOW!

REMINDER:  Shop the Wilmywood T-shirt Shop! Deadline for orders to arrive before Christmas is set for TODAY!  SHOP NOW!

That just about does it for me; I will have more Wilmywood updates for you Monday morning (unless something breaks) and every weekday morning we do “What’s Up in Wilmywood” at 7:30am & 8:30am LIVE on Sunny 104.5.  Got Scoop?  Email me: sheila_brothers@yahoo.com.  Or message me on Wilmywood’s FB .  You can also just post your comments below!  Until then, that’s a wrap!!