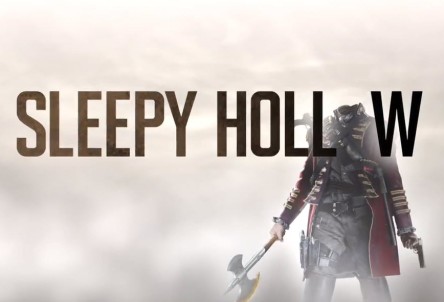 TO THE CAST AND CREW OF SLEEPY HOLLOW:

Twas the night before Christmas, when all through the lot,
creatures still stirring, til every scene was shot.
The horsemen galloped to the cemetery with care,
in hopes that Ichobod Crane soon would be there.

The film crew wished they were all snug in their beds,
while visions of a day off danced in their heads.
And Alexis in her ‘kerchief, and Darwin in his cap,
just knew this Christmas, there’d be no long winter’s nap.

On the roof of Stage 10, the crew heard such a clatter,
Jefferson yelled out, “Hey, fly out that ladder!”
Away to the window for a set dec redo,
Sullivan opened the shutter, “Hey look, it’s unit two.”

The moon was up, the cast and crew ready,
“Let’s do this!” exclaimed DP John Leonetti.
When, what to my wondering eyes should appear,
but Headless himself and an ax quite near.

The shot was well done, on to wardrobe real quick,
Geneveive gets them to Screen Gems in a fast lick!
More rapid than eagles, his coursers they came,
Ken Olin whistled and shouted and called them by name:

As dry leaves that before Greens made fly,
“Too much crunching noise, Rebecca” said Michael, the sound guy.
So off to North 3rd St, all of them flew,
with trucks full of gear, Cinema Catering too.

And then, in a twinkling, I heard on the roof,
it was Beavis’ effects that went BOOM and POOF!
As Iscove and Blake turned scripts out and around,
down Princess Street Tom Mison came with a bound.

He was dressed perfectly vintage, from head to toe,
and hair and make up, nailed it, ready to go!
The bundled up crew was so cold in the night,
“Action” was called, yep they got it right!

The crew, they slaved, but were all still merry,
their cheeks were like roses, their noses like cherries!
Sixteen hours in, almost done for the day,
but was the finale done?  Nope, just part way!

Back at the office, they had paperwork miles long,
Lisa and Hope made sure nothing was wrong.
Josh and Stacee had so much to do,
Karen and Shannon’s list grew and grew.

Hartley worked hard like a jolly old elf,
“Gotta stay on budget,” he sternly said to himself.
A wink of his eye and a twist of his head,
soon gave FOX word they had nothing to dread.

Sleepy Hollow fans eager, ready for more,
waiting for January is too much to endure.
So they watched again, oh yes, they replayed,
the 13th and 20th their next special days.

“Cast and crew, we love you!” We exclaimed, we yelled.
“You deserve more kudos then we can possibly tell!”
So, with that being said, before we turn off the lights,

“Happy Christmas from Wilmywood, and to all a good night!”