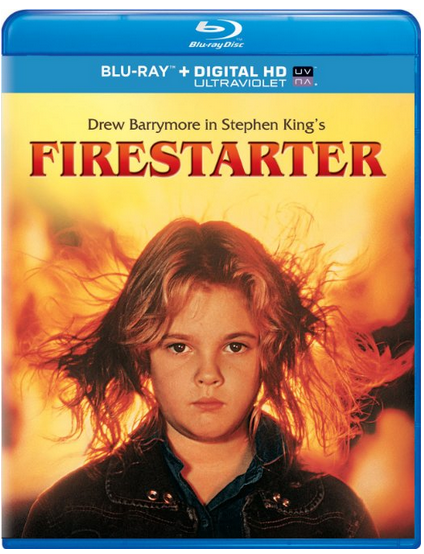 Back in May of this year we celebrated the 30th anniversary of the Wilmywood-shot Firestarter. The Stephen King film starred a young Drew Barrymore, David Keith and Heather Locklear. It’s a story of a young couple who undergo testing as part of a paid medical experiment. The experiment leaves the couple with telekinetic powers and the child the convince together is born with a “pyro kinetic” ability meaning the child can start fires with her mind. With that power, the government seeks her out and her family helps to keep her safe as she learns that fear and anger control the environment around her.

This movie is monumental in Wilmywood’s history as it is often referred to as the movie that “put us on the map” as a studio town 30 years ago. It all started with Frank Capra, Jr. spotting Orton Plantation on the cover of Southern Accents Magazine while he was searching for the ultimate location for the horror flick.  So, we happened to luck out because where ever that home was, that’s where they were gonna shoot it.  Crew members actually built a replica of the exterior of the plantation about one mile down the road.  Why?  So they could set it on fire and blow it up, of course. Other locations include the Pender County Courthouse, Isabel Holmes Bridge,  and Wilmington’s 1st Presbyterian Church.  This movie was when Wilmywood fell in love with Mr. Stephen King and (seemingly) he with us.

Today, we can now celebrate it all over again.  It has been released on Blu-Ray!  Enjoy!