Sheila Brothers gives you the scoop about the hottest shows and movies filming in Wilmington, NC. Here is a Week in Review from Feb 10 – Feb 16, 2014.

WILMYWOOD – Where Wilmington and Hollywood Collide

The Wilmywood reports are posted daily Got Scoop? Email me: sheila_brothers@yahoo.com. Or send a message via Wilmywood’s FB . 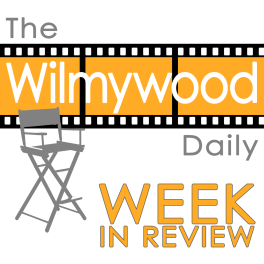 Howdy Howdy!  Happy Wilmywood Wednesday to ya!  Man, things are really heating up here in Wilmywood.  I love seeing all my film friends working again.

We got a little more news that came in yesterday.  The Untitled Nikki Tuscano Project is called The Red Zone.  They have opened up offices this week at Screen Gems and production will begin either March 10th or 17th, depending on who you ask.  Ha!  And congratulations to Chris Bromley.  He is the UPM on this NBC made for CBS project.  Confused?  Well Bill Vassar explained it in an interview from yesterday’s blog.  LISTEN NOW

Now moving on to Charlie Kaufman‘s FX pilot.  How & Why will be opening offices at Screen Gems Studios around March 24th.  Their tentative shoot schedule will be nine days and they begin at the end of April. I am sure we are all looking forward to having Michael Cera and John Hawkes in town for a while! 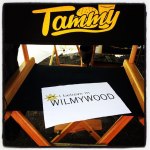 I am proud to tell you that The Wilmywood Daily is hosting its first event.   We are joining forces with Giant Culture/Post 1200 to bring you a special sneak peek of the Wilmywood shot, Tammy.  The Melissa McCarthy comedy was shot here last summer and the cast and crew were bigguns.  Over 100 crew members and they used over 2200 background actors.  We will be screening the OFFICIALTRAILER for the movie and having a good time with some of the crew members.  Wanna go? GET DETAILS NOW

I am tracking down those running for office to check on their stance for the NC Film incentives.  This morning I got up with our good friend Ricky Meeks who is running for New Hanover County Commissioner!  What’s his take on NC Film?

TV FOR 600, ALEX!!! Do you know the question to this Jeopardy answer?  Thanks to Deb and all the Sleepy Hollow Fans for this.  THANKS TO: @emollysmom @SleepyHollowFan  @TomMisonFans @cerulean_ronin  @SHollowSource

THANKS TO GEORGE for finding this Variety article:

“John Wesley Shipp, who played Barry Allen/The Flash in the 1990s TV series, has joined the cast of The CW and Warner Bros. Television’s pilot THE FLASH. Shipp will guest star in the pilot in a mystery role, with the part intended to be a recurring guest star in series.”

With all that being said we know him from a different show, don’t we?

Saturday February 15th 1-5pm – Veteran Coach & Actor Tim Ross teaches you insiders tips & tricks for what to do once you get an audition. From open casting calls to cold reads, Tim knows what works to land the role.  PRICE: $100. INFO AND SIGN UPS