Wooo Hooo!  Man, go ahead and ask me if I got any sleep this weekend.  Go ahead! Ask me! Hell NO!  But was it worth it?  Hell Yes!  We got the EXCLUSIVE over the weekend giving you the complete cast list for Nikki Toscano’s Red Zone!  But hold your horses, let’s do this one show at a time!

Dale Raoul made it into Wilmywood over the weekend as she is back Under the Dome.  After working through the weekend, the Domies are back on the sound stages this morning. Welcome back Dale!

Lots of stars were out and about in Wilmington this weekend.  First, was the Secrets and Lies wrap party Saturday afternoon over at Satellite Lounge.  Although they are done in Wilmington, they will be in Charlotte for two days this week.

Now, on to Red Zone! 1900 was the place to be!  A private dinner was held for the director, James Foley, producers Nikki Toscano and Bill Johnson and some of the cast from Red Zone. Yes, they are all in town and we have the COMPLETE cast list. Find out who else was at the ritzy private dinner!  READ MORE NOW  Day one of production is today!  They will be shooting in the Forest Hills area!  Happy filming folks!

Well, you know I have been bragging about our NC boy who wrote the book, The Returned.  It was adapted into the television series Resurrection. Well, April and I just happened to run into him at a fundraiser Saturday night! Celebrity comic book artist Phil Jimenez was in town to help raise money for the Wilmington based non-profit,

Animal Warriors.  Mind blowing talent and a super nice guy!  But who did we discover is a comic book fan?  None other than author, Jason Mott.  I really think I embarrassed myself, I totally freaked out and went all fangirl on him!  Ha!  But he agreed to come talk to us after he meets his deadline on his latest book, so I couldn’t have been that horrible.  Or maybe this will be a pity interview! Either way, look forward to hearing him on The Sunny Morning Show on Sunny 104.5  in about two weeks!

While some have been here since last week, other crucial office staff members for the Nicholas Sparks flick The Longest Ride flew in over the weekend.  Look for them to go into pre-production super soon!

And guess who else was sniffing around our hot town?  My sources tell me the one and only Twilight director, Catherine Hardwicke.  Yep, she’s got at least 5 projects brewing so who knows which one she’s scouting for.

Also, guess which production was brought up again?  Loomis Fargo. I’ve got the scoop on that, too.  Find out all the details in tomorrow’s blog!  Damn, what a tease!

REMINDER: The Wilma W. Daniels Gallery (200 Hanover St.) is  showcasing Under the Dome’s Jack Bender’s art NOW through the 29th of this month.  Three of his pieces will be from Season One  of Under the Dome.  Think Pink Stars!  We will also get a sneak peek at some of the beautiful pieces for the upcoming season. Gallery hours are Tuesday-Friday 12pm-5pm.  However, a special night is reserved for you to mingle with the artist that is Jack Bender this Saturday, March 22nd from 6pm-9pm.

LOOKING FOR THOSE FILM=JOB STICKERS? Sunrise Broadcasting has a few.  Feel free to stop by and grab you one while they last at 25 N. Kerr Ave. (near the intersection of Market and Kerr across from the new Walgreens). Offices are open from 8:30am-5:30pm M-F.  Please one sticker per person please.  They will run out fast!  Thanks!

Nineteen year old Mason Dye will be playing the role of “Mark.” Mason is mostly known for his role in the TV series, DIARY OF AN AMERICAN CHEERLEADER but more recently for the 2014 on screen adaptation of the controversial 1979 novel FLOWERS IN THE ATTIC by V.C. Andrews.  In the Lifetime original movie, Mason played the role of “Christopher” the oldest brother of the children growing up in the attic of their cruel grandmother’s home. Just a few days ago, it was announced that Dye will also have a reoccurring role on season 4 of MTV’s TEEN WOLF. 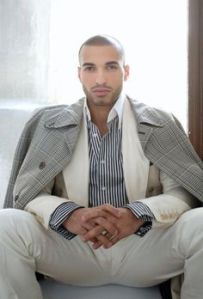 The role of “Amir” will be played by Haaz Sleiman. Although the Lebanon born actor was nominated for an Independent Spirit Award for his work in film as “Tarek” in ‘THE VISITOR’, he is no stranger to television. Haaz’s resume includes NURSE JACKIE, NIKITA, 24 and COVERT AFFAIRS. He is also an accomplished stage actor. He appeared in the NY play FOOD AND FADWA.

“Silas” will played by newcomer David Petruzzi. By the looks of his resume with roles in SAVE ME (2007) DIRTY GIRL (2010) and FLEETWOOD (2006) this man will be bringing some serious acting chops to RED ZONE.

RED ZONE is shaping up to look like an amazing series and I can’t wait to see it! Welcome to Wilmywood, gentlemen. We are excited to have you.

A retired CIA operative Holden Weller who, when a terrorist event rocks Washington, D.C., is pulled back into action, forced to investigate closer to home where the next generation of terrorists is being bred.