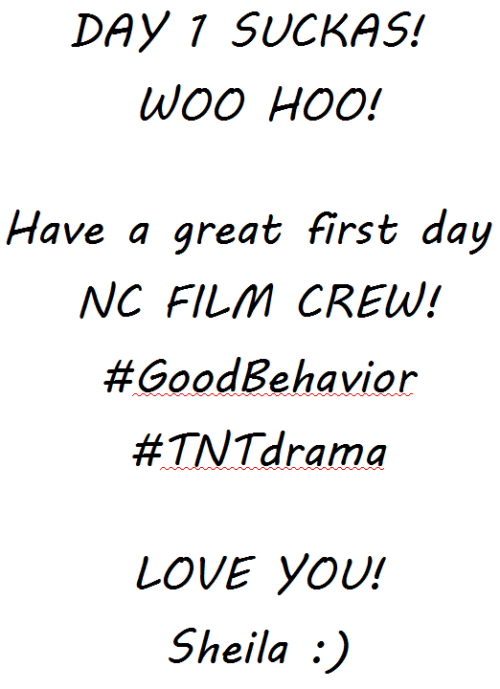 PRESS RELEASE FROM THE NC FILM OFFICE:  One & Two – Berlin and SXSW Selection filmed in Piedmont Triad Region in 2014

RALEIGH—North Carolina film fans will get a chance to see another NC-filmed production, the supernatural thriller One & Two, OnDemand and by digital download through such platforms as iTunes and Amazon starting Friday, August 14.

The production filmed in Forsyth and Surry counties–part of the Piedmont Triad Region–with the NC Historic Sites’ Horne Creek Farm serving as the film’s main location. According to paperwork submitted to the NC Department of Revenue, One & Two had a direct in-state spend in excess of $495,000 while providing 62 job opportunities over the course of 75 days.

In addition to its availability OnDemand and via streaming platforms, the feature will also be playing in select theaters across the U.S. It is currently scheduled to play within North Carolina at the Red Cinemas in Greensboro and the a/perture cinema in Winston-Salem on September 11.

Part of another banner year for film production in North Carolina, One and Two was one of more than 50 productions that filmed in the state in 2014. Combined, these productions tallied more than $316 million in direct in-state spending over the course of 3,300 production days. The activity created more than 19,000 job opportunities, including 3,000+ well-paying crew positions. Other productions that shot in 2014 include the features The Longest Ride, Max Steel, The Choice, Masterminds, Ashby, and Paper Towns; the television series “Sleepy Hollow,” “Under The Dome,” “Banshee,” and “Secrets & Lies;” and national commercials for Dannon Yogurt, Pepsi, Purina and Burger King, among others.

Thanks to Eyecon for bringing the One Tree Hill Convention to Wilmington, NC for the second time in 2015. Wilmington (aka Wilmywood) of course was the filming location for the show for 9 seasons. Simply put, we are Tree Hill. And we thank the 1500+ people who attended for spending their money in our beautiful city! Film=Tourism. Film=Commerce. See you again in March 2016!

I asked these folks where they were from and how much money did they drop into our local economy. Some of it might surprise you. Enjoy the video below!

So, it looks like my sources were once again correct. Although there has been no official words to come out, crew members who work on Under the Dome, commented on social media platforms with sadness, frustration and agreement, not corrections to the story.

Today, I got word that CBS has initiated strike orders for all the sets. I also heard there will be a set dec sale sometime soon, but that it will be small. Most of the show’s belongings will be broken down and shipped out. Under the Dome wraps season 3 this Friday.

Ironically, this was the last official prop purchase for Under the Dome. I do believe I see our NC Film Industry in there. 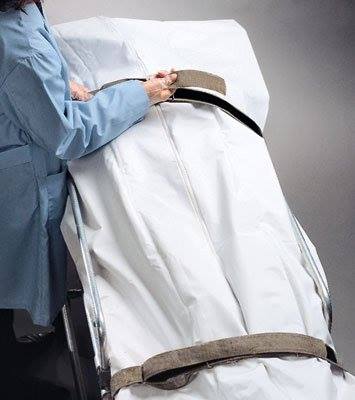 If you haven’t seen the sets at EUE/Screen Gems Studios, I would HIGHLY recommend you take a studio tour ASAP to see the stages where Under the Dome calls home. The tours run Saturdays and Sundays at 10am, 12pm, and 2pm. At least for now.

The only good news I can tell you is that now with Dirty Dancing releasing the $4M in unused grant money, we will be having a pilot or two this fall, but I am holding off on releasing the details at the moment.

FYI: Pilots will only keep folks employed for 3 weeks or so.

Many of you saw this flick last month as they SOLD OUT two showings here in Wilmywood.  And if you were one of the lucky ones to get  yourself a ticket, you already know this tidbit.  Regardless, you should be VERY proud of our Wilmington, NC filmmakers. Our local boys and one “good old boy,” John Schneider, got themselves a distribution deal with Word Films for the NC-shot, family feature,  Adrenaline.  It stars John Schneider along with local actors Michael Rosander, Myke Homes, and Anthony Reynolds to name a few.  Oh and let’s not forget the fabulous Gregory Alan Williams. It was written, produced and directed by Joseph Quinn Simpkins. Additional writers include Alex Chatfield and Michael Rosander. The film was produced by Del Baron among others.  It was truly a very collaborative effort.  SEE FULL CAST AND CREW CREDITS

After straightening the curves all these years, it was a pleasure to finally race in a straight line,” said Schneider, the beloved Dukes of Hazard star. “I am very excited about this film.

Adrenaline is the story of a drag racer whose life is changed forever by a near-fatal car crash that leaves him partially paralyzed, forcing him to face new circumstances as he ultimately learns to race again. 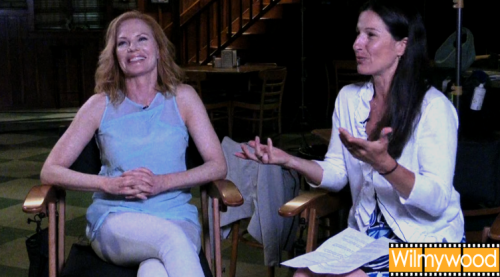 Continuing our countdown to Dome Day!  Just one week left! And today, our newest cast member Marg Helgenberger goes Under the Dome. During the CBS Press Junket for Season 3, we caught up with Marg who plays Christine on the show this season.  We discuss her new character of course!  She also talks about being back in Wilmywood and she answers questions from her fans. Enjoy!

Now it’s time for RUMORS FROM THE LOT! So last week we had some scouts in the area, and rumor has it, one group of folks were scouting for a $35 million feature. But don’t get too excited yet because from what I hear these folks are waiting to see what our legislators do before choosing to come to Wilmywood.

The House has put in for $40M beginning on July 1st for this fiscal year and next. Now we wait to see what the Senate will do. So, it is not a definite 40 yet.

Right now the cap for a feature film is at $5 million. If that feature was shot entirely in NC, 25% would be $8.75M, so I am hoping the Senate will raise the cap.  So far, no one in the NCGA has made any changes to the language of the film grant which REALLY needs to be done.

The other scenario of course is that they would only shoot a portion of it here in North Carolina.  If that’s the case, they would possibly get their full 25%.  Now with all that being said, they were merely scouting, so we shall see what happens.  From what I heard there was more than one production scouting, but I can’t tell you who the others were.

Right now, we are losing around 40 crew members per month to other states due lack of work, so we need to get this ball rolling badly! 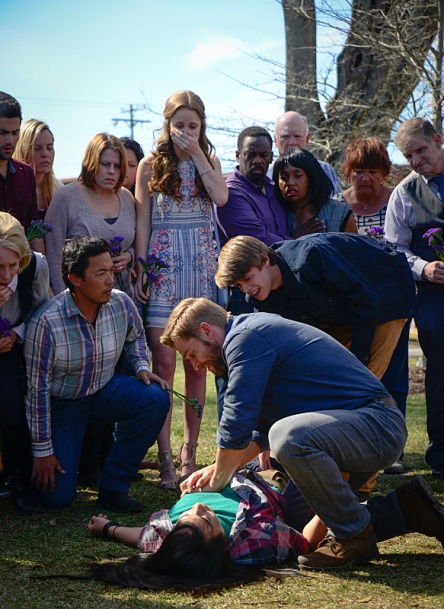 Another rumor from the lot that popped up was regarding Under the Dome. From what I am hearing Under the Dome is looking good. Like really good. So good that they are already looking at a season 4. But will it stay in Wilmywood?  Rumor has it that they are looking into how much it would cost to move it.  Don’t be too alarmed though. This is pretty much standard. They did it last year as well. It’s business.

(BTW click on the pic above, there’s a link to Dread Central BTS pics with a lot of Wilmywood folks in them!  Woop!)

Finally, I know I brought this up on the radio side when I first heard about this a few weeks ago, but I don’t think I actually blogged it. From what I am hearing it looks like Dirty Dancing is suspended indefinitely. They were holding onto 40% of the $10M grant money. So, now what? Does it just get wasted? They had other projects that applied, but this flick sucked it up first. I am still looking in to this.  May I please reiterate the 40 crew members per month we are losing…

Oh and just for fun, the 40th Anniversary of Jaws is here!  And as the Hollywood Reported stated, Jaws is ready to attack once again. It revisits theaters Sunday, June 21, and Wednesday, June 24, at 2:00 p.m. and 7:00 p.m. local time in theaters around the country. That includes Wilmington! Yay!

That’s all I got for now.  I will keep you posted!

HB171 (which is a duplicate of SB 193), both of which were filed March 5th, passed it’s first reading yesterday in the House. This would put $66 million in recurring funds for the 2015-2016 fiscal year and would would become effective July 1, 2015. The funds are reserved for a production on which the production company has qualifying expenses of at least the following:   For a feature-length film would thankfully drop to $1,000,000).  For a video or television series, it would go up from $250,000 to $1,000,000 per episode.  I will keep you posted!

Thanks to the collaborate efforts of small local businesses including: Port City Signs & Graphics, Lanier Property Group, Julia’s Florist, Strickland’s Window Coverings, Homewood Suites Wilmington, Parker-Brinson Communications and Bon’s Eye Marketing, there is now one web site for all small businesses in North Carolina to come together to keep NC Film.  Their main goal is to create awareness in regards to the film incentives — that this is a small business issue, not just a film industry issue.  Perhaps the legislators were not clear on that in the short session just a few months ago.

When we removed the 25% film incentive, it not only wiped away crew jobs in the state, but as this organization points out,  it removed revenue and jobs from local small businesses as well.

The organization is working dilligently to keep the film incentive alive.  According to SmallBusinessForFilm.com:

Again, taken from SmallBusinessForFilm.com, some of the small businesses the film industry directly impacts include:

If you are a small business in North Carolina that benefits from the film and television industry, please join the other small businesses in continued support and become a member.

Today is the day to create change North Carolina and yes, your vote matters!  EVERY VOTE COUNTS!  Let’s make this the most historic midterm election in North Carolina with the highest turnout!  The polls are now open and close at 7:30pm tonight!

WWAY will have election results throughout the evening including 40 minutes COMMERCIAL FREE  beginning at 10:55pm. You can also get updates here: wwaytv3.com