Top a the mornin to ya!!  Happy Tuesday! Yesterday, I posted Orlando Jones’ epic journey, Episode 1 of The Road to Hollow.  His trek continues from California to Wilmington, NC with Episode 2.  Check it out!

Sleepy Hollow is out and about today.  One unit will be at the 2100 block of Pender Ave.

Encore is doing the Best of Issue again and I sure would LOVE YOU if you voted for The Wilmywood Daily for “BEST BLOG” !!  Nominations end December 18th! And hey if you wanna nominate Sheila Brothers for “Best Local Radio Personality,” I won’t mind that either!  Ha!

WECT put out this story yesterday.  A sober look at what would happen to New Hanover County if the film incentives faded with the sunset:  New Hanover County could lose more than $10 million annually in tax revenue if the state’s film incentives aren’t renewed.  That’s according to Robert Handfield, an economist at NC State University. This includes $3.7 million in sales tax revenue, $2 million in direct sales tax revenue from film-industry workers, and $200,000 in room occupancy tax.

Handfield added, “The implications of the loss of the industry on local tax revenue will be substantial, and will drive further gaps in state and local tax revenues, increased unemployment, and the loss of an industry in North Carolina that is healthy and growing nationwide.”  READ THE ENTIRE STORY

Make sure you are a part of the movement, you are a voter, you have a voice.  Help end the “sunset” permanently, keep the film incentives indefinitely! Visit KEEPNCFILM.org NOW and LIKE their Facebook page

A Christmas Tree Miracle is out on DVD today. This 5 Star Dove Foundation rated film stars your Domie, Kevin Sizemore as well as Terry Kiser.  CHECK IT OUT NOW!  And while you’re at it, give Kevin and the cast some love on the movie’s Facebook page!

VOTING ENDS THURSDAY for The People’s Choice Awards.  Make sure to vote, vote, and vote again for your NC FILM favorites.   Check out the list of NC Nominees NOW!

Shop the Wilmywood T-shirt Shop! Deadline for orders to arrive before Christmas is set for December 13.  SHOP NOW!

That just about does it for me; I will have more Wilmywood updates for you tomorrowy morning (unless something breaks) and every weekday morning we do “What’s Up in Wilmywood” at 7:30am & 8:30am LIVE on Sunny 104.5.  Got Scoop?  Email me: sheila_brothers@yahoo.com.  Or message me on Wilmywood’s FB .  You can also just post your comments below!  Until then, that’s a wrap!! 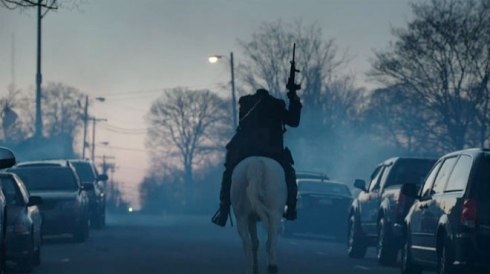 “Now THAT is the #SleepyHollow episode I have been waiting for!” ~Den of Geek

Took the words right out of my mouth!  What a midnight ride indeed, best episode to date!  But let’s see who was watching.  The overnight numbers are in.  Last week, The Sin Eater gave Sleepy Hollow a 2.5/6 rating with 7.08M viewers.  A  season low, but we expected that with the VERY LONG baseball hiatus.  This week Episode 7, The Midnight Ride took  7 million viewers on a journey maintaining last week’s audience garnering a 2.5 rating.  This episode managed to put Sleepy Hollow back to #1 in its time slot with A18-49.  Plus, this is an episode that has serious buzz, so I am thinking major DVR and +3 LIVE numbers will be beautiful! We still need to see if SH will adjust up or down later in the day. I will be updating this blog as more details come in.

“The Midnight Ride was great fun, simultaneously batshit crazy and somehow coherent, with the usual mishmash of historical fan fiction, gruesome horror, and witty repartee mixed into a cocktail that should be overpowering and trite, and yet isn’t” ~ Zack Handlen, A.V. Club

Joe Adalian ‏“SLEEPY HOLLOW steady at a 2.5 A18-49. In a related note/editorial comment, last night’s episode was pretty much perfect.”
.
. 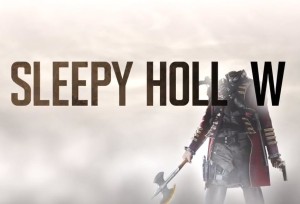 HUGE CONGRATS to the amazing and extremely hard working cast and NC film crew for making the magic!!  It’s what we’ve been waiting to hear!  Of course it was inevitable, but it is always nice when the OFFICIAL word comes out!  And the best part is we didn’t even have to wait for a back 9 order.  It was just BAM!  Season 2!  I like this 13 episode idea! No pressure for a full 22!  And with all the building on the back lot in addition to the sets on stage 5 & 10 at Screen Gems, odds are in favor of Wilmywood to continue to be the home of Sleepy Hollow!

And the first pickup for a new series this fall goes to — Fox’s drama Sleepy Hollow. But instead of the standard back 9 order, the adventure series is getting a 13-episode second season renewal. Sleepy Hollow is part of Fox’s strategy for shorter, largely uninterrupted, cable-style runs. It was designed to air its 13-episode first season in the fall before another drama series ordered under the same template, The Following, returns in the Monday 9 PM hour, likely in January. Given the success of Sleepy Hollow, it probably was tempting to try and extend its freshman season to the standard 22 episodes, but Fox brass stuck with their original plan.