Dean Norris goes Under the Dome.  During the CBS Press Junket for Season 2 , we caught up with Dean who plays Big Jim’s Rennie.  We discuss, the season of transformation, the F*** Yous on Twitter and the NC Film Incentives. Enjoy! 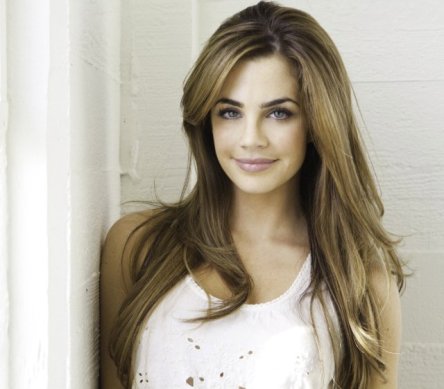 Jillian Murray who is starring in The Squeeze joined me this morning on The Sunny Morning Show – can I just say how FABULOUS she is!  One of my absolute favorite interviews.  LISTEN NOW!

The Lesser Key of Soloman brought us a great number of viewers! Personally, it had me at Yolanda!  The overnight numbers are in and it looks as though Sleepy Hollow was #1 in it’s time slot again, keeping 7.8 million viewers on the edge of their seats and falling off of it from laughter.  This show can make you do both within a 2 minute period!   Although there was a slight dip, the numbers are still strong.  Adjustments will come later today, and I am betting they will adjust up!  If you look across the board, it seems as though a majority of the shows actually dipped in their numbers last night.  What was America doing besides watching TV?  Nevermind, don’t answer that, I don’t wanna know!

Another amazing episode of Sleepy Hollow last night.   One word: Yolanda!  Kudos to writer Damian Kindler for his brilliance!  The ratings will be out around 11:15am today.   If you follow me on Twitter, I report the numbers there as well.

Bolden! is still accepting resumes, mainly in the PA department.  Email them your resume now!

Wilmywood shot Stuck In Love with Greg Kinnear & Lily Collins is out on DVD today!

And if The Conjuring scared the ____ out of you! It’s available on Digital HD today. Get your copy NOW!

The horror film Where the Devil Hides that was originally  scheduled for release this Friday has been pushed.  They have not released the new date as of yet.

Tim Guinee is back in North Carolina for another stint on Homeland.  Welcome back again Tim.  If you remember Tim plays Charlie’s father on NBC’s Revolution.

And don’t forget this Sunday, it’s the Walking Dead viewing party at Theatre Now.  The festivities begin at 7pm.  See the poster for all the details.

That just about does it for me; I will have more Wilmywood updates for you tomorrow morning (unless something breaks) and every weekday morning at 7:30am & 8:30am LIVE on Sunny 104.5.  Got Scoop?  Email me: sheila@1045sunnyfm.com.  Or message me on Wilmywood’s FB .  Or just post your comments below!  Until then, that’s a wrap!!

The live tweeting with all the actors and fans was crazy busy and fun during the premiere of Under the Dome!!!  Great too see the actors interact with everyone.  That is one thing I can say about this UTD family.  They are all very approachable and kind.  Here’s a few tweets from last night:

Nicholas Strong ‏@1NicholasStrong – Thanks to our crew who keep us moving along & on schedule #Underthedome We love you and your effort is always appreciated!

Jolene Purdy ‏@jojopurdy – #underthedome and the #blackhawks won on the same night?!?!? Could it get any better?!?!

Ashley Brooks ‏@happygolucky032 – @jojopurdy I haven’t been this obsessed with a show since Friends!!!! Counting down the days! #UnderTheDome

Alana C. Clark ‏@aclarkcountry – @jojopurdy SO GOOD! I love your character already, even after one episode! #underthedome

If you weren’t on your couch last night, perhaps you were at Hell’s Kitchen for the viewing party.  Mary Jo Jackson shares some pictures from the event.

No summer series has been more highly anticipated than Under the Dome. Based on a bestselling Stephen King novel, executive produced by A-list showrunner Neal Baer and with a cast that includes Dean Norris, Rachelle Lefevre and Britt Robertson, this is one summer show that isn’t debuting after the official end of the season because of a lack of network confidence. It’s intended to be a big event. So how big do you think its premiere tonight will be? MAKE YOUR PREDICTIONS NOW!

What did you think about the premiere of Under the Dome?  Post your comments below.  Missed Under The Dome last night?  WATCH IT NOW!  The UTD folks are shooting on Shandy Lane today.

Melissa McCarthy was on Kelly and Michael yesterday.  She talked about shooting Tammy with Susan Sarandon and just how irritating she is to work with!  Find out why.  LISTEN TO PODCAST.

“A SENSATIONALLY ENTERTAINING OLD-SCHOOL FREAKOUT AND ONE OF THE SMARTEST, MOST VISCERALLY EFFECTIVE”  That’s what Senior Film Critic Justin Chang at Variety is calling The Conjuring that was filmed here in Wilmywood.  Wilmington, NC should be very proud as a ton of local crew and actors worked on this baby!  Read the whole article!  Meanwhile, look forward to seeing it in theaters July 19th.

Mullet Alert:  Danny McBride and his Eastbound and Down crew is back at Jungle Rapids again today.  You can get a glimpse of Danny as well as Steve Little, Katy Mixon and Elizabeth de Razzo.

That just about does it for me; I will have more Wilmywood updates for you tomorrow morning and every weekday morning at 7:30am & 8:30am LIVE on Sunny 104.5.  Got Scoop?  Email me: sheila@1045sunnyfm.com.  Or message me on Wilmywood’s FB .  Or just post your comments below!  Until then, that’s a wrap!

June 20, 2013 – Wilmington Mayor Billy Saffo hands Stephen King a key to the city during the Under The Dome Red Carpet Premiere

The red carpet came alive last night as about 90 % of the cast came out and celebrated with the locals at the Under The Dome Red Carpet Premiere.  We have tons of video footage and photos.  As soon as I can put it all together I will be releasing it piece by piece starting today.  A HUGE thank you to C-G Productions (CG’s Website,   Twitter and Facebook) and David Pasqua for shooting the event!  They were amazing!  Check out all the photos from the event:

Our handsome Mayor Billy Saffo greeted the crowd and read the proclamation, honored Stephen King with a key to the city, then  declared June 24th Dome Day!  The Under the Dome folks are filming at Waterford in Leland, then move to stage for the rest of the night.

Today is the last day on Tammy 😦  I will miss that cast big time!  But I have a feeling Miss Penny (Susan Sarandon’s angel) will miss Wilmington even more.  For their last hoorah, they will be on Blue Clay Road (between N. Kerr & N. College Rd.) and also 2610 N. 23rd Street.  Melissa McCarthy, Susan Sarandon and the gang will be on set.  And finally, Mullet Alert: Eastbound and Down will be shooting on 21st and Chestnut today.