After Dirty Dancing popped back up in the Production Weekly, I only scratched my head for a moment wondering if they would ever breathe life into this project.  It’s been on hiatus for a while. Over the past few months they have switched out writers and producers and last that was heard was that the project was shut down.  But Hunter Ingram over at the Star News got the news that the Lionsgate project had filed for an extension.  They had 100 days from approval to do so to be able to use the grant money. It’s still quite a mystery on when production will begin, so I guess we will keep Baby in the corner until it’s time to come out and play, or dance if you will.  READ STAR NEWS ARTICLE NOW 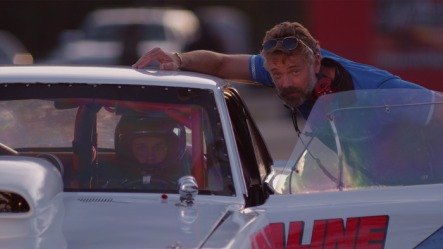 I feel there is no point in telling you this bit because, hell, it’s SOLD OUT! Which is great news however. Our NC Indie, Adrenaline, starring John Schneider and quite a few local folks like the fabulous Michael Rosander, is showing at the Lumina Theater at UNCW tomorrow night.  If you are one of the lucky ones to get a ticket, have a great night!

Ready to get a first look at the Wilmington Film Museum?  This will include a peek at early Wilmington movie theaters, a brief history of filmmaking across the state, Dino and the birth of the studio, plus a walk down memory lane circa 1995. Summer Exhibit runs June 22 – August 15, 2015 with a special Premiere Party on Friday, June 27th at 6pm! As they say, get to know the creators and contributors of the Wilmington Film Museum. Casual dress, drinks and apps for all – and some awesome film history!  It will be at the Hannah S Block Community  Arts Center at 120 S 2nd St. 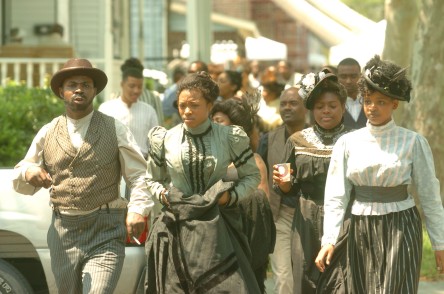 After months of long days and extra hard work, Bolden! has FINALLY wrapped!  Congrats to all the NC Film Cast and Crew! And thanks to the Bolden folks for putting a major influx of cash in to North Carolina twice! Or was that the third time?

And if you’re Comic Con fanatic, Under the Dome has a panel on Thursday July 9th. The panel will include Mike Vogel, Rachelle LeFevre, Marg Helgenberger along with executive producers Neal Baer and Tim Schlattmann. The panel discussion will be moderated by Michael Yo.

Sleepy Hollow is prepping for one of the coolest scenes yet that is not on the soundstages.  The Horsemen are coming to downtown Wilmywood!  Wet Streets, Horses running, swords swinging, explosions, you name it! They will be prepping all day and overnight to tomorrow’s shoot on Orange St.

Sleepy Hollow is running  two units today, on the soundstages and also in Brunswick County.

Secrets & Lies is back in Porter’s Neck today. The Longest Ride is gone off to Winston-Salem. 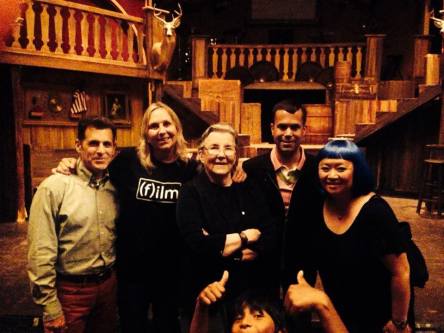 FROM WILMINGTON FILM MUSEUM: You’ve seen the” (f)ilm” shirt, now you can buy one for yourself! All proceeds go to the Wilmington Film Museum. On sale at our meeting this Thursday 7 PM at Giant, 1200 N 23rd Street #209, and of you can’t make the meeting, but still want a shirt – send an email to info@wilmingtonfilmmuseum.org. Shirts just $15.

Submit your celluloid by Wednesday!

Wednesday, August 6th marks the extended deadline for your film to be submitted to Cucalorus!  Their 3-minute online submission process is a breeze! 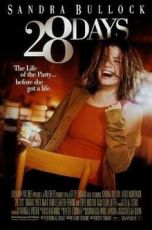 The Highest Earning Actresses From the Past Year according to Forbes have some North Carolina ties.  The top four in fact.
Sandra Bullock, who left East Carolina University only three credits short of graduating to pursue an acting career is the top breadwinner earning $51 million last year.  She was here in NC  for the flick 28 Days as well as Divine Secrets of the Ya Ya Sisterhood.  Others on the list:
Jennifer Lawrence … $34 million (Hunger Games)
Jennifer Aniston … $31 million. (We’re the Millers)
Gwyneth Paltrow … $19 million (Iron Man 3)

I suppose that’s why Gwyneth can afford just about anything, like Thermage laser treatments. She tells Hello! magazine “It’s non-invasive but it’s quite painful, like having your face smacked with a rubber band that has an electric shock in it. But it works.” Each treatment costs $5,240.

The NY Post claims thieves broke into Susan Sarandon‘s Manhattan apartment on Saturday and stole a laptop, a camera, jewelry and documents. A burglar used a ladder to jump from one roof to the next before entering Susan’s home through a terrace door. 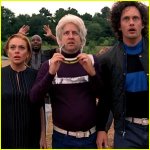 The Sun claims Lindsay Lohan is planning to write her autobiography. A source tells the paper: “Lindsay held meetings at major publishing houses in London recently — and the stories she promised the literary agents made their jaws drop. She’s prepared to put everything out there and has already proved she’s not shy with the list of men she claims to have slept with. Lindsay is now looking for a ghost writer. It may seem unlikely, but she thinks she’s in with a shot of getting EL James to work on it — they met recently at [London nightspot] Chiltern Firehouse and got on well. Another pie in the sky idea was that she might persuade JK Rowling to work with her.” Hmmm, we shall see.

Comin’ in hot on July 2nd, heres the latest TV trailer for Tammy. Tammy was shot here in Wilmywood last summer.  And let’s be honest, it’s all about the Cheetos!

The Tammy Premiere Party presented by Bob King Autohaus Mercedes Benz. The party will be held at  The Terraces on Sir Tyler 1826 Sir Tyler Dr in Wilmington. Wednesday, July 2 at 6:00pm.

Tickets are limited w/ a portion of the proceeds going to the Cape Fear Heart Association and include:

FILM INCENTIVES:  Today, we need to relax.  Things are in motion.  We successfully did our job over the past two days. We flooded Thom TIllis’ phone lines and thanked him and let him know what the NC citizens want — put the film incentives in the budget.  Thank you everyone!!  Results of our efforts will be revealed in the next 36 hours.  You rock!

The ads begin running tomorrow! We are running an ad campaign of our own on radio statewide.  Please throw in $5 or more so we can run our radio ads about keeping the NC Film Incentives in NC. We are almost up to $2000! We need about $1000 to hit the larger markets, and they are expensive!   Let’s keep it going NC!!! We need to make this happen TODAY!  Chip in! I threw in $200, but you can throw in whatever you can afford! DONATE NOW!

Our talented makeup artist Jeff Goodwin along with the CFIFN  are gearing up with a proposal to bring a Wilmington Film Museum to light!  Very excited about this! They are holding a public planning meeting Friday, July 11th at 6 p.m. July 11 at Giant on N. 23rd.  Got some good ideas?  Bring them with you! I am so there!  CHECK ‘EM OUT! 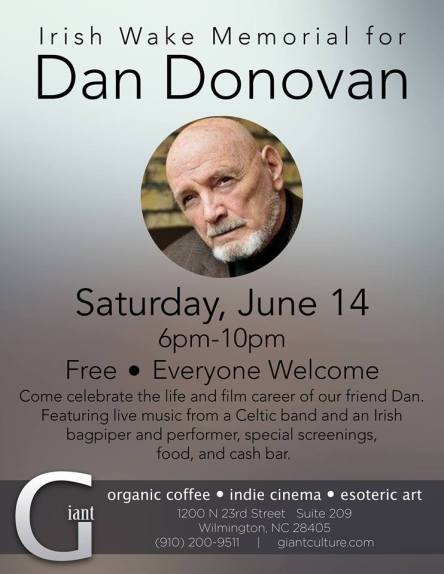 Although Max Steel has left our shores, they are still hard at work!  But first, lemme take a selfie!

The countdown continues!  19 days until the premiere of Under the Dome!  Are you getting as stupid excited as I am?  Woo Hoo! Our Domies are back at the Gypsum Plant today.  They will be out and about in plain sight tomorrow as well as the rest of the week.

Sleepy Hollow is not straying too far from the sound stages as they will be on One Tree Hill Way.  They are currently shooting Episode 3.

Happy birthday from Wilmywood to Pacey….’er I mean Joshua Jackson! Ok… we all know him as “Pacey” from the WB show filmed here in Wilmywood, Dawson’s Creek! Our boy next door is all grown up and celebrating his birthday today! Although the
boyish good looks are still there, he is far from the kid we watched grow up on screen. Joshua has gone on to do voice over work for The Simpsons, played himself in Ocean’s Eleven, and is the executive producer and star of the Indie film One Week.

Not to be out done by James Van Der Beek’s internet sensation “VanderFeelings,” Joshua has paid homage to his character with Pacey-Con. In 2010, Joshua camped out across the street from the famous San Diego Comic Con and handed out fan fiction he wrote himself. The footage of this hilarious and brilliant stunt was filmed and can be seen on Funny Or Die.

Speaking of writing, did you know our TV/Indie film star is also an author? Joshua wrote the first story from the comic book trilogy Beyond the Fringe which is called “Peter and the Machine.”

He acts, he directs, he writes, he produces and he has a great sense of humor and has been on the Sexiest Man Alive list three times!! . . . Who knew Pacey was such a catch? Actually… I think we all did.  Happy Birthday from Wilmywood Joshua!

REMINDER:  EUE/Screen Gems Studio Tours will NOT BE CONDUCTED this Saturday, June 14th due to filming on the lot. Tours will resume on Sunday, June 15th at regularly scheduled times: 10 am, 12 noon, and 2 pm.